This post could go on for days…so much has happened in the Exempt Market since the early 2000’s! The title says brief though so that’s what I’ll try to be.

Where It All Began

Private investing has always been around in some form or another as people have always needed funding for their business growth or product ideas. In the past it has been referred to as the private or “alternative” investment market and it has largely been made up of wealthy or “accredited” investors. 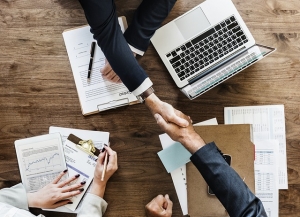 These types of private offerings could be very lucrative but were not available to or easily accessed by the “average” investor. You had to be in the know and generally have a high minimum to invest.

The Early 2000’s – The Beginning For “Eligible” Investors 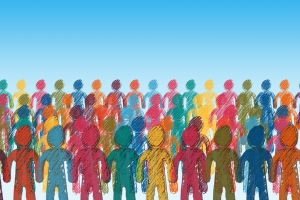 Then the early 2000’s hit and private investing – particularly in B.C. and Alberta – went retail!

We were experiencing a very robust economy at that time with low borrowing rates and easy, accessible credit. Alberta had also experienced a big jump in housing prices which in turn gave home owners access to secured lines of credit. People were looking to invest and, in response to this, real estate development companies started shooting up everywhere, looking to raise capital.

And, where in the past these companies would have sought out accredited investors or friends/family/business associates – now they relied on the use of the Offering Memorandum to be able to raise capital from “eligible” (or average) investors.

This opened up a whole new market to people who had likely never even heard of these types of investments before. Or if they had – they likely didn’t have access to them.

These new private investment opportunities were very appealing to the average investor because of the projected high rates of return, low minimum investment amounts (generally a $5,000 minimum) and the ability to invest with RRSP funds.

This was essentially the beginning of the private investment market for most Canadians and it was a very busy time. Issuers would put on big presentations, investors would fill the rooms and millions were invested in a multitude of private investing companies.

It was a perfect storm…

You can see where this is going (or may have even experienced it) and in 2008/2009 the private investment market imploded. Many issuers went into bankruptcy and, because of the long-term nature of private investments, most investors lost all of their invested capital.

In 2009, when the investment companies stopped answering the phone, most calls then started going to the provincial regulators – for example the Alberta Securities Commission.
So…after fielding those thousands of calls and now armed with all of the experience of what had just taken place (and with private investing now at a relative standstill while all the dust settled) the provincial regulators took their much-needed opportunity and reformed the private investment market completely.

2009 – A Pivotal Year in the Private Investment Space

Okay, I know I said I would give you a brief history and you might be concerned because I’m only at 2009. Never fear though because when you talk about the history of private investing, it usually comes down to what happened before 2009 and what happened after 2009.

A few years before was the birth of the market for “eligible” investors and a completely chaotic time that resulted in huge losses and a ton of learning experience for everyone involved.

After has been the continuous evolving of a much more regulated market space.

I don’t want to give you the impression that it has been all smooth sailing in this after period either.  There have been further investment delays and losses over the years, particularly with the economic downturn related to oil.  There are also many cases where investors have found themselves over allocated in private investments, particularly if they invested several years ago as there were no investment caps in place prior to 2016.

Where We Are Now

There continue to be many changes over time and they are always in favour of protecting investors. Overall, the regulators want to ensure that investors:

Many things!  But that will have to come in another post.

When I entered the private investment markets in 2007, it was a very robust time economically and the private markets were still new to me as well. Through the next decade +, I’ve witnessed (and experienced) some huge ups and downs as things changed dramatically over time and I feel very positive about where things are now in the Exempt Market. For something that is still so new to the majority of people, it has evolved dramatically into a much more investor-friendly space.

P.S. I know this is a very condensed version of all that has taken place in the Exempt Market over the years. That’s intentional though, so as not to completely overwhelm the newcomer. There is much more information to come and eventually the whole private investing picture will be before you.

Moving on in this Exempt Market series, I’ve already touched briefly on the eligibility requirements to invest in these types of products but I go into quite a bit more detail in this next post…”Can Anyone Invest in Canada’s Exempt Market?”

I really appreciate you reading my posts!  If you would like to talk further, with no obligation, please contact me today. 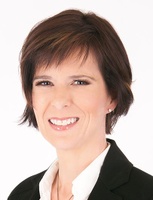 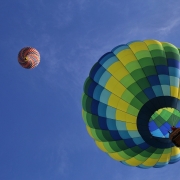 The Exempt Market - Finding "Opportunities" For Your Portfolio 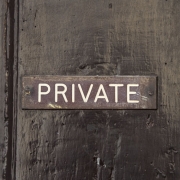 Why Haven’t I Heard of the Exempt Market Before? 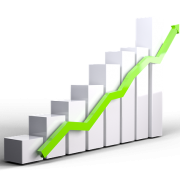 What Is One Of Your Best Options To Make Higher Returns? 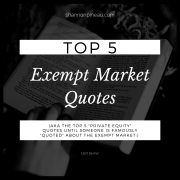 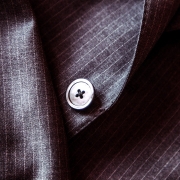 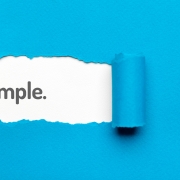 Investing: Keeping It Simple At Any Age - An 80/20 Approach 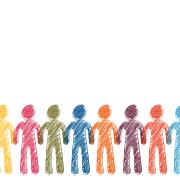 How "Most" People Invest Their Money 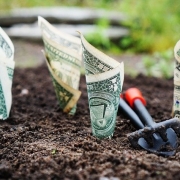 Private Portfolio Management - Building the "Foundation" of Your Portfolio

TAKE AN APPOINTMENT NOW !
Eligible or Accredited?…That’s The Question.

What Is One Of Your Best Options To Make Higher Returns?
Scroll to top